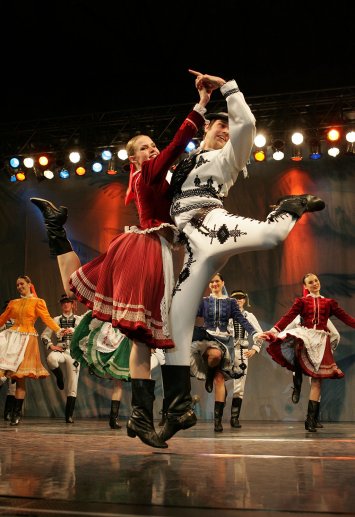 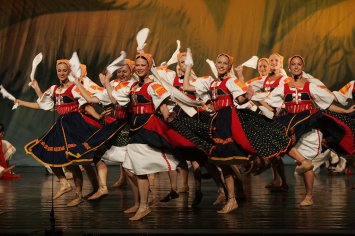 The Slovak National Folklore Ballet & Orchestra “Lúčnica“, wonderful representative of the Slovakian culture, composed of 50 musicians and dancers are in Turkey for the first time to perform at the 8th Internatonal Sefika Kutluer Festival in Ankara.

Recently;  Şefika Kutluer has been awarded with  the Golden Medal of the Minister of Foreign and European Affairs of the Slovak Republic

A picturesque country of fertile lowlands and rugged mountains, lies in the heart of
Europe, where the cultures of the West and East meet with the cultures of the sunny
South and neighboring northern of Europe. Rich in its natural beauties, historical and
cultural sights, Slovakia is also very rich in national art and folk culture. National songs,
music, dances and costumes are manifold and diverse in every region, each filled with
poetry and dynamic temperament.

Called „Rolling Stones of folklore“ or „Lúčnica - Forever young“.
The representation of this cultural richness is the Slovak national folklore ballet –
Lúčnica. Inspired by the national traditions, they create by their mastery and fantasy a
folkloric show filled with a high level of artistic performance in capturing the originality
of each dance. Lúčnica ballet has spread its art for more than 69 years in countries all
around the world. More then 2000 young people have been members of Lúčnica ballet
and the ensemble has presented Slovak folklore in more then sixty countries on five
continents. Lúčnica has served as an official representative of Czechoslovakia and
after the separation (1993) The Slovak Republic.

Is formed by young people who possess brilliant dance technique and spontaneous
performance skills. In spite of the complexity of individual dances which are
comparable with top sport mastery the dancers perform the dances with lightness and
great enthusiasm. Pretty young girls and skilful dancers present dynamic and poetic
dances and songs in colorful handmade national costumes from different regions.

Lúčnica ballet dancers are accompanied by an orchestra. The orchestra musicians are
top class professionals, with brilliant skills and international experiences. The audience
will have the opportunity to enjoy its extraordinary virtuosity featuring both the classical
and also some very traditional original Slovak music instruments in this show program.
The orchestra offers also its own concert programs with various repertoire of many
music styles and time periods all around the world.

“Lucnica, the Slovak National Folklore Ballet from Bratislava, Slovakia, is absolutely
S:first rate.
Its young dancers sparkle with glittering technique in an eye-opening repertory that
remains true to its surprisingly diverse sources...”

“Lucnica are The Rolling Stones of Folklore“

“Nowhere else have we seen such a great liveliness, love and joy of home region
dance and music. They seemed to have unlimited energy and their movement was of
such perfection olympic champions wouldn’t be ashamed of commanding it.
With their talent and sheer beauty and excellent looks, these dancers are absolutely
dazzling ambassadors of their country and culture...”

“If dancing is the expression of joy of human life, there is no doubt that we could not
find better proof of this principle than the generally beautiful show performed by the
Lucnica ensemble...”

“We have seen a famously staged, seamlessly studied and perfectly performed dance
show, fascinating each and every Eastern-European rhythm lover. Head
choreographer Štefan Nosáľ proved the ingenious fantasy of his artistic language. All
this without distorting the original character of national Slovak folk dances…”

“Lucnica – Slovak national folkloric ballet under the leadership of Professor Štefan
Nosáľ – is performing all over the world for more than 60 years now. Today this dance
and music emsemble is capable of rendering, at top-quality level, scenes of great
lyricism with all of their tenderness and attention to detail, as well as those strong in
expression and of physical exigence. The mystery – How do they achieve all this with
such dazzling freshness? – remains to be solved.”

We’d like to extend our gratitude to the Municipality of Yenimahalle for providing the venue and to the Embassy of Slovak Republic for their contributions. 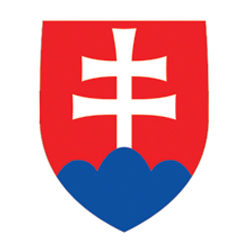