“The 9-Pieced Segmented Dragon” performances are usually accompanied with the unique local melodies of the Wu Opera. There are various moves choreographed into the performances. Some of the moves include “dash”, “leap”, “flip”, “dive”, “roll” and “lean”. The performance is energetic and rapidly changing. It perfectly portray the active sea dwelling dragon. It invigorates the audiences, and gives off auspicious atmosphere.

This excerpt showcases beautiful and skillful dance and operatic movements.

During the Three Kingdom’s era, the mighty warrior Lu Bu was bestowed with the legendary steed, the Red Hare. He was delighted. To test the abilities of the horse, he decided to bring his troops to a vacant plain. The Red Hare was a feral and hard to tame for ride. With Lu Bu’s mastery in equestrian arts, he tamed the steed and returns in triumph.

Face changing is a unique stage skill in Chinese Opera, it is used to help portray different characters.

More than 10 different painted masks can be changed quickly in several minutes with the accompaniment of traditional music.

This is an excerpt from the folklore “Legend of the White Snake”. Xu Xian who works in a medicine shop, falls in love with Bai Suzhen.  Unbeknownst to him, she is a thousand-year-old white snake who has taken on a human form. However, Fa Hai, a monk from the Jinshan Temple, is aware of her true identity. He also knows that Xiaoqing, her loyal companion who is a green snake. He repeatedly devises plans to separate the couple.

“On Broken Bridge” is one of the most popular and famed excerpts in Wu Opera. After their defeat at Jinshan Temple, Suzhen and Xiaoqing escape to the West Lake and rest at a broken bridge. There, they meet Xu who has also escaped from the temple. Xiaoqing wants to kill Xu for his ingratitude but is stopped by Suzhen who forgives him. The trio reconciles finally.

The Wu Opera version is famously acclaimed as the “Ultimate Bridge” by the late Chinese premier Zhou Enlai. It is representative of Wu Opera’s rendition of “civil” repertories in a “martial” style. In this excerpt, Xu Xian has to execute acrobatic stunts like ‘couching stance’, ‘headlong flip’, ‘rolling off the back’, ‘swift leap-and-kneel’ and ‘tiger’ pouncing. The White and Green Snakes’ stylized movements which are akin to ‘the snake slither’ hark back to imitate their serpentine origins.

Song court warrior Jiao Zan was framed by slanderous officials and was exiled. He decided to stay in the Liu family inn on the divergent path. The hero Ren Tanghui also visited the inn in attempts to save Jiao. The inn’s owner Liu Lihua and his wife were also justified warriors. The Liu couple mistook Ren as a villain, and the three broke out in a fight. Jiao came to resolve the dispute when he overheard the ruckus.

Hui Hu is one of the main instruments used in traditional Hui opera, different from Jin Hu, its rhythm can either be rapid or slow.

Hui Tune mixes plenty of beautiful melodies in Hui Opera with its classical rhythm from which audience can feel it’s plain and pomposity.

Suona is a common Chinese folk instrument; the tunes are crisp and resonating. The instrument is commonly used in celebratory situations. “Picking Dates” is one of the Suona classics. The melodies show passion, and are a portrayal of an enticing scene. The piece describes the people in the northern parts of China during the autumn period. The landscape is decorated with all the red date threes, a pleasant view for the dwellers. The villagers carry baskets and fetching sticks, picking the dates and chatters with their companions. It is a festive song of happiness.

Hulusi is an instrument of Dai Nation in Yunnan Area, China. The melodies are soft and comforting, it is a popular and wide distributed instrument.Bamboo in the Moonlight (composed by Shi Guangnan, a famous composer from Jinhua city), is a unforgettable piece for its mild and lively tone.

The excerpt showcased the interactions between the 4 sedan carriers and the bride. The sedan carriers played pranks on the bride just to ease the boredom on their duty. They tried to agitate the bride by making the ride bumpy. The bride was angered by their pranks, she later strikes back with a prank of her own. The play ends with the reconciliation between the two parties. The bride sets off again to her new family with help of the sedan carriers. The play utilizes hyper lively postures and gestures, creating a light comedic atmosphere. It is considered to be one of the popular pieces amongst the audience.

The excerpt was an extract from “Generals of the Yang Family”. It featured a brawl between Yang Bajie a nd Jiao Guangpu. Through the battle they found out that their opponent is actually a comrade. The play ends with both of them returning to the Song Empire together. “The Blockade” is one of the most influential excerpts. It showcases the splendid martial arts skills of both the male and female performer.

The Tripitaka exiled Sun Wukong after he slain a robber during a skirmish. Seeing that he has returned to Mount Huaguo, the Six Eared Macaque genie transfigured himself into Sun Wokong. He assaulted the Tripitaka and injured him. The two Monkey Kings came into contact. To differentiate between the real and the imposter, they sought to show off their martial arts and sorceries.

Wu opera, commonly known as Jinhua opera is a multi-tune operatic form. It is popular in central and southwest Zhejiang as well as the north-eastern parts of the Gang River since the Ming Dynasty. In ancient times, Jinhua was known as the Wu state and its opera was renamed Wu opera before the founding of the People′s Republic of China. Wu opera consists of mainly six major tunes: Gaoqiang, Kunqu, Luantan, Anhui opera, Tanhuang and Shidiao.

Encapsulating the best musical repertoires of the Song, Yuan, Ming and Qing dynasties, Wu opera is often regarded by scholars as a “Museum of Ming and Qing Traditional Opera”. It boasts an abundance of traditional repertories including but at least to 18 Gaoqiang , 36 Kunqu, 36 Luantan, 72 Anhui opera, nine Tanhuang, and nine Shidiao works. Majority of the productions today are performed in the styles of Luantan, Anhui opera and Tanhuang.

Wu opera′s distinct features lies within its simplicity and boldness in using stage movements to bring life and colour into  every role. In addition, it is also well known for its emphasis on martial arts and stunts.

We’d like to extend our gratitude to the Municipality of Yenimahalle for providing the venue and to the Embassy of Peoples' Republic of China for their contributions. 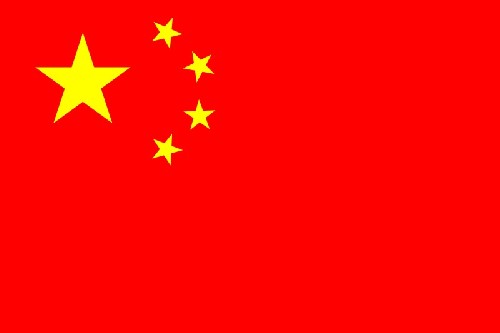