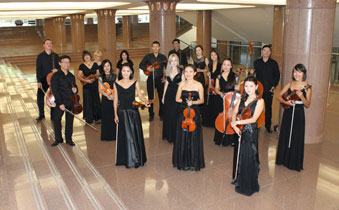 Almaty Symphony Orchestra (ASO) directed by Marat Bisengaliev and established with the support of Almaty City Administration was presented at the 1st World Congress of Performing Arts on October 10, 2012. The major musical projects already undertaken by the Orchestra make it a true hallmark of the cultural capital of Kazakhstan.

The Orchestra is drawing on the successful experience of the West Kazakhstan Philharmonic Orchestra and the Symphony Orchestra of India, created by Marat Bisengaliev earlier, which were able to achieve international recognition in a very short time. ASO will take advantage of Marat Bisengaliev’s professional partnerships with leading record labels. In the last 5 years his Orchestra has recorded over ten CDs under EMI, SONY BMG, Toccata Classic, and Quartz labels at the legendary Abbey Road and Angels Studio.

ASO is Kazakhstan’s first orchestra that plans to use high-techs in electronics and communications, giving it the potential to become the leader in professional performing arts.

ASO carries out its creative tasks in cooperation with world-renowned composers. One of these is the prominent British composer Karl Jenkins, who specifically wrote a number of Kazakh-themed pieces that received high acclaim around the globe.

Almaty Symphony Orchestra is a regular participant in city and national level events.

Concert tours make the Orchestra’s priority. The ensemble has represented the city of Almaty and the Republic of Kazakhstan abroad on a number of occasions. 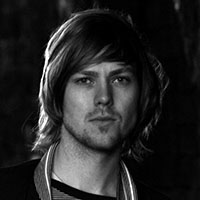 Robert Ames studied at the Royal Academy of Music. As co-founder and Conductor of the

London Contemporary Orchestra, he has curated programmes at venues including the

Festival. In 2010 the LCO was recognised by the Royal Philharmonic Society Music

Awards for its audience development work.

He has worked with many of today’s greatest composers, including Sir Peter Maxwell

commissioned and performed new works by many leading composers of his generation.

Robert performs regularly as a Violist and Conductor. Recent highlights include a critically

performance of Morton Feldman’s The Viola in My Life II, at The Old Vic Tunnels. He has

appeared in broadcasts on BBC1, BBC Radio 1 and 3, Classic FM and Sky Arts.

He is a founder member of the Gagliano Ensemble. Performing Brahms, Berlioz,

Galya Bisengalieva, a gifted violinist of Kazakh origin, was born into a musical family and began playing at the age of five. She graduated from the Royal Academy of Music under Gyorgy Pauk with First Class Honours in 2009 and from the Royal College of Music with Distinction under Yossi Zivoni in 2011.

Hailed for her dazzling and engaging platform manner, Galya has recently appeared as a soloist with orchestras in both Europe and Asia, performing concertos by Brahms, Mendelssohn, Bernstein and Bruch.

She is a deeply committed chamber and orchestral player, and has held the position of concertmaster in several orchestras, including the Symphony Orchestra of India, and the West Kazakhstan Philharmonic Orchestra which has taken her to prestigious venues such as Column's Hall, Moscow, National Centre of the Performing Arts, Mumbai, and the Lincoln and Kennedy Centres in America. She has furthermore led under the baton of such illustrious conductors as Sir Colin Davis, Vladimir Ashkenazy and Vladimir Jurowski.

Galya has appeared as both soloist and orchestral player on disk2disk, EMI, Sony BMG, and Tocatta Classics labels. Galya recently performed alongside Dmitry Sitkovetsky in a critically acclaimed performance of Mendelssohn's Octet and Dvorak's String Trio and Prokofiev's Sonata for two violins as part of the 'Prokofiev-Man of the People?' Festival at the Royal Festival Hall. 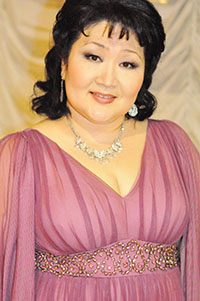 From 1982 to 1987 Gulnara Nurgaliyeva studied in Kurmangazy Kazakh National Conservatoire harp class, at the same time worked as a soloist in the State Academic Symphony Orchestra of the Republic of Kazakhstan.

In 1997 she attended Kurmangazy Kazakh National Conservatoire Vocals department, where she was taught by Rahima Zhubaturova and Nadiya Sharipova.

In 2002 Gulnara finished her postgraduate course with brilliance and continued her studies in Saint-Petersburg as she became a participant of opera diva Yelena Obrazcova’s master classes .

At present Gulnara Nurgaliyeva is a senior teacher of vocal department in Kurmangazy Kazakh National Conservatoire; she performs regually as soloist in her country and abroad.

“Diamond in velvet” – this is how the famous teacher and professor Nadiya Sharipova defined Gulnara’s voice.

Agency of the Cultural Capital of the Turkic World 2013 Eskişehir for their contributions and T.R. Ministry of Culture & Tourism for providing the venue.