Hanoch Piven is an Israeli collage artist whose colorful and witty portraits have appeared throughout the last 25 years on both sides of the Atlantic: in most major American magazines and newspapers such as Time, Newsweek, Rolling Stone and in many European publications from The London Times to the Swiss Die WeltWoche.

In addition to his editorial work, Piven has written books for children, iPad Apps, TV programs and exhibitions, receiving multiple professional awards, most notably a Gold Medal from the Society of Illustrators of New York, a Parent’s Choice Award for his iPad App Faces iMake, Right Brain Creativity.

Piven’s children book What Presidents Are Made of was elected by Time Magazine as one of the 10 Best Children’s Books of 2004.

Piven’s art, made with everyday found objects, stimulates us to look at our world in a playful new way, engaging the viewer in active participation. Piven’s collage method opens a window which allows to easily perceive the basic principles of creativity, whether in art, education, business or life.

Since 2003, Piven has been conducting creative workshops which apply the principles of his collage technique and geared at both children and adults.

In that capacity Piven has collaborated with art therapist, psychologists, educators and organizational consultants to develop spaces which facilitate group communication and personal expression through the use of his accessible and playful method of creation.

Piven is a Seeds of Peace Fellow applying his art method to foster interchange and dialogue between Jews and Arabs.

Piven is also a humorous and engaging speaker encouraging creativity amongst educators, executives, and leaders in general.

A partial list of clients whom Piven has recently lectured to includes Facebook, WPP, Orange, Amdocs, HP, Pfyzer, Henkel and many more.

We’d like to extend our gratitude to the Municipality of Yenimahalle for providing the venue and to the Embassy of Israel for their contributions. 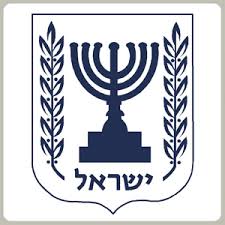