(Composed on 2003, was inspired with the work of Emil Sioran, a contemporary French philosopher of Romanian origin. This work designed in a post-modernistic way was based on the patterns of the Romanian folklore and a repetitive structure of Sioran’s existentialist statements.) 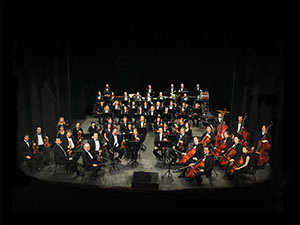 The story about estabilishing symphony orchestra in Montenegro is very interesting. The first instrumental ensemble, in the form of a wind orchestra with percussions, appeared in 1870s officially named the First Montenegrin Army Music, and since then, the story of state ensemble was connected with the story about founding, strengthening, weakening, disappearing and reaffirmation of our State.

First plans for establishing a representative instrumental ensemble in Montenegro were made in 1868, within the framework of the long-term project for Montengrin culture development. Intialized by the Reading Room of Cetinje under the leadership of Princ (Knjaz) Nikola, and with material assistance from Tsardom of Russia, high school educational institutions were estabilished next year, in addition to the Orchestra. One of the schools was the Schooof the First Army Music leaded by kapellmeister, Chech Anton Shulc, Montenegrin – Turkish war (1876 - 78) ceased streams of modernization and cultural development of Montenegro.

In 1886, several years after gaining statehood at the Berlin Congress, the Second Army Music was formed. It was formed as school institution, under the leadership of another Czech, Franjo Vimer, and in that period it had a crucial role in development of music culture in Montenegro. Later, with arrival of fiddlers from Italy and Czech, the Second Army Music acquiered symphony orchestra status.

At the begining of XX century, the Orchestra begun to fall off for adverse financial circumstances, but Prince (Knjaz) Nikola sent the most talented members of the Orchestra to study in Prague, which was of the special importance in the interwar period. Namely, the first educated Montenegrin musicians were maintaining continuance of the orchestra music-making for decades within the framework of amateuer ensembles, for there were no proffesional music institutions in Montenegro, after had lost its statehood.

Army Music, formed in Podgorica, in 1907, under the leadership of Czech Carl Hering was the basis upon which Aleksa Ivanović formed the small Symphony Orchestra in Podgorica, in 1931, which was working until the Second World War.

After the Second World War, the Orchestra comprised of members of the former Military Music, the Small Symphony orchestra and the war prisoners, became a professional body again. Working under leadership of Jovan Milošević within the framework of Radio Titograd program, the Orchestra, estabilished in 1959, played an important role in the music life of Montenegro. In 1950s, in addition to the Orchestra, several permanent ensembles as well as professional mixed choir worked in Montenegro. Apart from the orchestra, which worked within RTV Crna Gora until recent days, all of the ensembles stopped their working during the time.

Žarko Mirković was born in Cetinje on 1952. He completed the Studies of Composition in Belgrade, the post-graduate studies in New York, and perfected himself on Danish Institute of Electroacoustic Music. He is a long-time standing professor in Music Academy in Cetinje; author of symphonic, chamber, and choral pieces, as well as numerous pieces of applied music.

He is the winner of the awards for Choral and chamber music of the Serbia Association of Composers and Montenegrin National Award “ July 13th” for the composition “Triptych” on 2011. 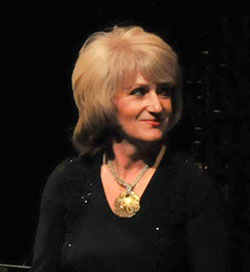 Ljiljаnа Nestorovskа completed her undergraduate and postgraduate studies at the Faculty of Music Arts in Belgrade, in the class of prof. Milica Bаrić. During her studies, she received several awards at national competitions.

She is a full professor at the FMA in Belgrade. She cooperates with the Symphony Orchestra of RTS, and Belgrade Philharmonic, Sarajevo Philharmonic and Montenegrin Symphony Orchestra. She appears regularly as a soloist, a member of the Belgrade Harp Quartet and the Ensemble for Modern Music. She won the award of the University of Arts in Belgrade, and the award of the Association of Music Pedagogues. Many of her students have received awards at national and international competitions. 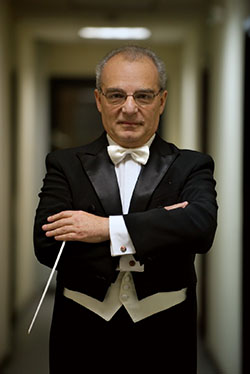 Grigory Krasko was born into a family of musicians. He graduated from the MusicAcademy Gnjesinih in Moscow. He was the laureate of the first awards at the All-Russian Competition of violinists in 1968 and 1969, as well as at the Federal Competitions in Leningrad and Riga.

In 1974 he was admitted into the orchestra of the celebrated Bolshoi Theatre, to take after several years the place of orchestra leader and the first soloist of this orchestra.

In 1995 he founded the string quartet ”Moscow Soloists”, whose tours of Germany in summers of 1996 and 1997 were exceptionally successful.