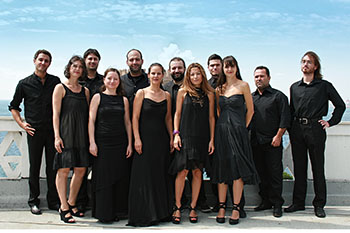 The ensemble explores and performs the part of the repertoire that large symphony orchestras rarely touch including works from the Baroque era to the 21st century. Festival Orchestra of Thessaloniki  has performed in various occasions in major cities of Greece gaining high rewiews. 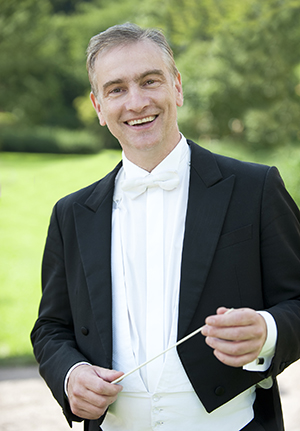 Stefanos Tsialis was born in 1964 in Ermoupolis, Greece. After studying piano at Thessalonica Conservatory and musicology at Copenhagen University, he went on to graduate with distinction from Vienna Academy of Music as a conductor and répétiteur, and attended masterclasses with, amongst others, Leonard Bernstein, Vaclav Neumann and Rolf Reuter.

His first engagement brought him to the South Thuringia State opera in Meiningen, where he was appointed supervisor of studies. It was here that he gave the Greek opera Medea by Mikis Theodorakis its German première in 1995.In 1996 he was granted a scholarship by the Richard Wagner Foundation.

Stefanos Tsialis was Chief Conductor of the Central German Chamber Philharmonic between 1997 and 2004. A string of concerts featuring celebrated soloists was paired with guest performances throughout Germany and abroad (Scandinavia, South Africa, Cuba, France, Poland, the Ukraine and Lithuania). It is in recognition of its outstanding artistic calibre that the orchestra has acted officially on several occasions as musical ambassador of the Federal Republic of Germany and of the State of Saxony-Anhalt.

From 2005 to 2009 Stefanos Tsialis was Permanent Conductor and Deputy 'Generalmusikdirektor' (General Music Director) at the South Thuringia State Opera in Meiningen.

In 2009 he was appointed Chief Conductor and Artistic Director of the Thuringia Philharmonic Orchestra in Gotha.

He has performed in a number of illustrious venues: the Musikverein in Vienna, the Berlin Philharmonic Hall, the Konzerthaus in Berlin, the Musikhalle in Hamburg, the Vilnius Concert Hall, the Salle Wilfrid-Pelletier in Montreal, the Athens Megaron, the Bucharest Ateneum, the Detroit Orchestra Hall and the Tivoli Concert Hall in Copenhagen as well as in the Herodes Atticus Theatre in Athens. His collaboration with celebrated soloists, including Victor Tretyakov, Igor Oistrakh, Vladimir Viardo, Jan Vogler, Bernd Glemser, Igor Levit, Ragna Schirmer, Matthias Eisenberg, Wolfram Christ, Dimitri Ashkenazy, Jana Bouskova, Nils Landgren, Sefika Kutluer and Peter Rösel, have helped to shape his career. He is considered to be a worldwide leading interpreter of the music of Mikis Theodorakis.

Stefanos Tsialis has appeared at many prestigious festivals, either with his orchestra or as guest conductor; these include the Athens Festival, the Handel Festival, the Tivoli Festival in Copenhagen, the "Braunschweig Classix" Festival, the "Festival de La Habana", the Expos 1992 and 2000 and the Hamburg Music Festival.