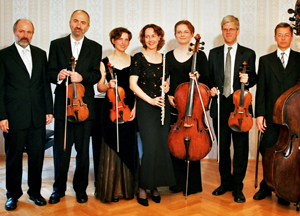 In exactly the same way as did Johann Strauss, Alfred Pfleger conducts his ensemble as leading violinist, standing nearby his orchestra.
Alfred Pfleger, also concertmaster of the United Stages of Vienna ("Vereinigte Bühnen Wiens"), does for this purpose need neither whiskers nor costumes. With the sensuous Viennese sound of his violin and his impassionate performance he leads us into a very special musical world. But this world is not at all outmoded or old-fashioned but alluring above all by this very attractive and unique "Viennese Blues-Feeling". For his audience, Alfred Pfleger, the specialist for Viennese Music gathers the best musicians of the famous Viennese orchestras and always finds a very outstanding program. The music of Johann Strauss Father and Josef Lanner is performed like chamber music, with four or eight musicians, whereas Johann Strauss Son and Franz Lehar are reproduced with full orchestra. And not later than as encore, Alfred Pfleger’s violin is sobbing one of the world’s most famous melodies,
written by Fritz Kreisler.

The Concertmaster of „Vereinigte Bühnen Wien“, Alfred Pfleger studied with Professor Samohyl and Pichler at the Vienna Conservatory. When he was a scholarship holder in Poland he won his first award, the international broadcast prize. 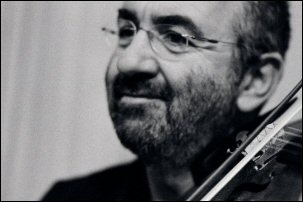 Today he is one of the most engaged and most versatile Austrian musicians.
For many years his mastery and competence is appreciated in formations like the ”Ensemble Kontrapunkte” “Ensemble Creatives Centrum Wien”, “Neuwirth Extrem -Schrammeln”, “Austrian Strauss Ensemble” or “Ensemble of the 20th Century”, to mention only some of his activities.


If Alfred Pfleger performs as a soloist, his audience is overwhelmed – and very often thanks with "standing ovations".